LA CityView Channel 35 debuted “Preparing for a Career in Hospitality,” on March 7, 2018, a 6-minute video sponsored by EWDD highlighting how aspiring chefs can receive culinary training through the City of Los Angeles Economic and Workforce Department and the Los Angeles Hospitality Training Academy (LAHTA).

The video includes testimonials from a successful LAHTA graduate who now works in the kitchen at the Sheraton Gateway LAX, along with interviews from executive chefs at area hotels and the Staples Center outlining opportunities in LA’s growing hospitality industry.

“Culinary arts is particularly exciting because it has no boundaries on age. Young or old, you are able to work in culinary arts,” said EWDD General Manager Jan Perry, who was also featured in the video. END_OF_DOCUMENT_TOKEN_TO_BE_REPLACED

HTA encourages prospective bidders to carefully review the RFP and to take the opportunity to pose questions where clarification is needed. Responses to all questions from bidders will be included in an “RFP Question and Answer” document that will be updated twice weekly during the open bid period. Bidders interested in receiving the “Question and Answer” document each time it is updated, should email Sandra.Ko@lahta.org, using the subject line “Add to RFP Q and A Recipient List.” END_OF_DOCUMENT_TOKEN_TO_BE_REPLACED

REQUEST FOR PROPOSALS for HTA High Road to Hospitality Project

HTA is seeking qualified and experienced organizations to design, develop, and deploy a Web-Based/Mobile App-Based Roll Call System for Hotel Room Attendants. Responses to this Request for Proposals are due no later than 5:00 p.m. (Pacific) on February 1, 2018. 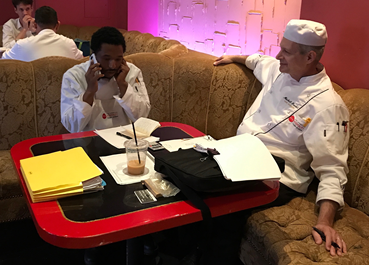 Kyron Baptiste had a difficult upbringing, living with various family members and shelters over the years and without a clear pathway for success and stability. However, Kyron’s dad instilled in him a life-long interest in cooking. At the age of 29, with a wife and young child and following years of dead-end jobs, he learned about an opportunity to join the Los Angeles Hospitality Training Academy’s (HTA) new Culinary Apprenticeship Program, which was just registered in May 2017. END_OF_DOCUMENT_TOKEN_TO_BE_REPLACED 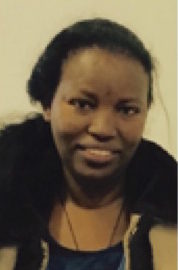