In 2009, the City of Los Angeles awarded the Hospitality Training Academy (HTA) a grant for $650,000 and an additional $500,000 in American Recovery and Reinvestment Act (ARRA) funds to make the Academy a reality.

The City of Los Angeles has identified the hospitality industry as a high-growth sector. In fact, in 2009, tourism surpassed international trade as the number-one job generator in LA County. The Mayor’s office demonstrated its commitment to keep this high-demand industry thriving through its grant award to the Labor-Management Partnership in hospitality. Improved guest service means occupancy rates go up and hotels generate repeat business. 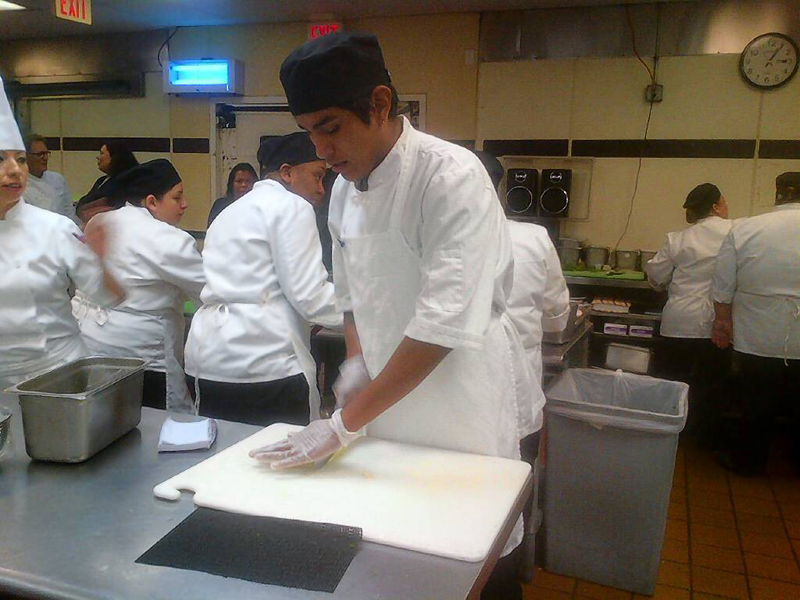 Eric Rendon was displaced from his cashier’s job at Ruby’s by the modernization underway at LAX, but he is retraining as a high-end chef (photo courtesy of Los Angeles Times/December 3, 2012)

This year the City has invested $225,000 for a pilot program re-training 50 displaced airport food industry workers for employment in new L.A. signature culinary eateries opening within the Los Angeles World Airport (LAX). These culinary students are currently training with world class chefs. All trainees who successfully complete the program are expected to be hired at various airport restaurants as the Tom Bradley International and Terminal 4 reopen.

An in-depth L.A. Times article about the new airport restaurants and more information about the HTA are available at: 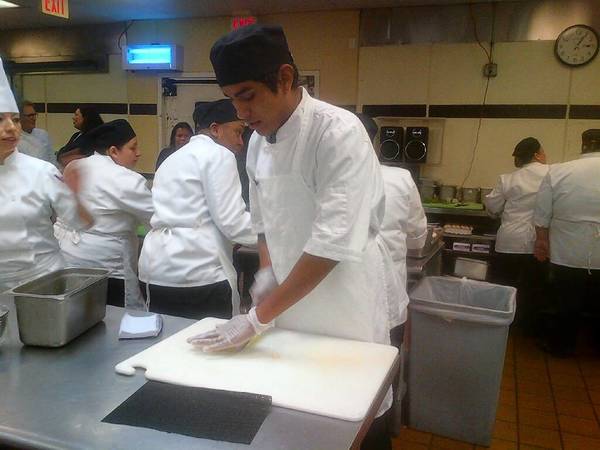