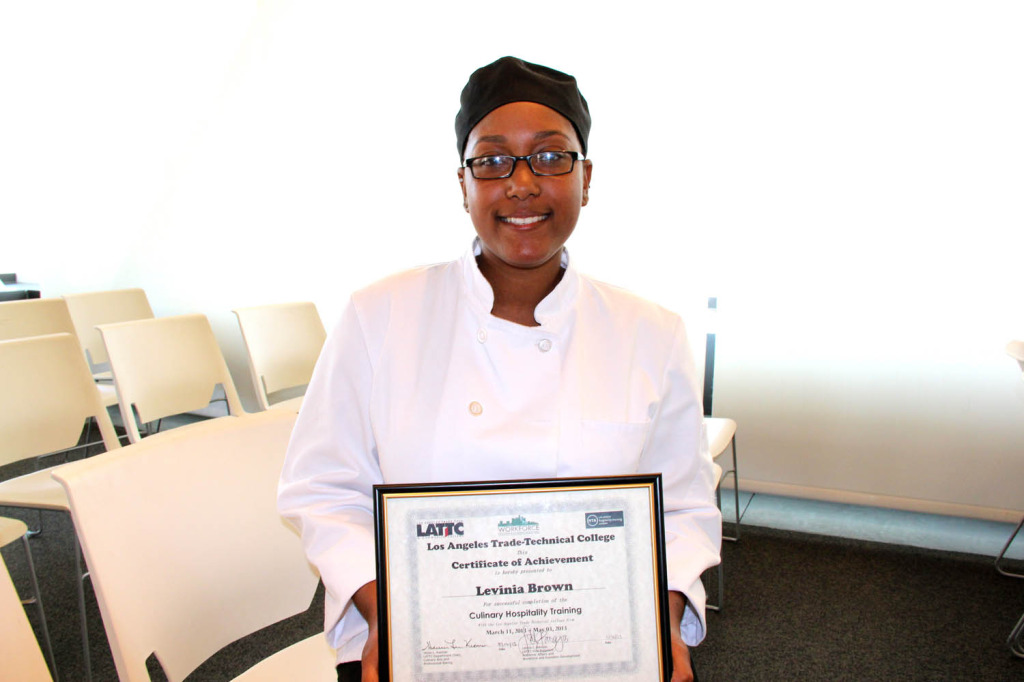 Levinia was always raised to believe that when opportunities come your way, you have to grab them. The oldest of three, Livinia was originally born in Compton, California but later moved to the community of Rowland Heights in the San Gabriel Valley after her parents divorced. As a product of a single-parent household and coming from a family situation where she had no interaction with her father, Livinia was called upon to step-up and help out with the family from an early age. As such she learned the importance of having a good work ethic, as well as how to be a high achiever and endure whatever life throws your way. Growing up, some of Levinia’s favorite memories are of learning to cook all types of food with her mother, who took great pleasure in exposing Livinia and her siblings to all sorts of cuisines from around the world. In Livinia’s house, cooking was not viewed as a household chore, but rather as a way in which to bring the family together. As such, Livinia always had a great affinity for cooking, but it wasn’t until she enrolled in the Culinary Training Class offered by the Los Angeles Hospitality Training Academy (HTA) that she discovered she had the ability to turn her passion for cooking into her dream job by becoming a chef. Prior to joining the HTA culinary training class, Livinia worked a number of jobs to help support her family within the food service sector at such companies as El Pollo Loco and Chillis at LAX, where she was recently one of 52 workers laid-off as part of the LAX Airport modernization plan that is replacing lower-end chain/fast food restaurants with local eateries that offer fresh, made-from scratch, cuisine prepared by a well-trained culinary staff. As a union member with UNITE HERE Local 11, however, Livinia was able to participate in the HTA’s free 8-week (320 hour) culinary program. The class, which was led by top instructors from Los Angeles Trade Technical College (LATTC), met for five days a week for 8 hours a day and was made possible with the help of Workforce Investment Act (WIA) program training funds made available by Community Career Development’s Compton WorkSource Center through a grant from the County of Los Angeles. Distinguishing herself as a stellar student in the class, Levinia says she was blessed to be part of the HTA program through which she attributes finding out, without a doubt, that cooking is the career for her. Since graduating the HTA program in June 2013, Levinia has been re-hired by HMS Host and is very excited to now training be training to work at the Umami Burger that is opening at the LAX Tom Bradley International Terminal. Further down the road, Levinia looks forward to opening up her own restaurant one day, which she promises will, in tribute to what her mother so lovingly taught her growing up, will focus on diversity and will offer a wide array of foods featuring the cuisines from around the world.