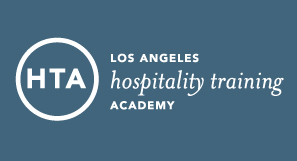 Jovie grew up with his grandmother, who originated from the South. Accordingly she instilled in Jovie the values of Southern hospitality, including the importance of being warm and welcoming, keeping a clean home, and being attentive to all people and things. It is these traits that Jovie has always strived to carry with him, knowing these values would be essential to his ability to get ahead in life. A single parent of a four year old boy, Jovie has juggled a number of full and part-time jobs over the years, from working for 1 1/2 years at a Starbucks to 6 months at a Wing Stop to a part-time position with Universal Protection Security, all in an effort to better provide for his son and create a good and stable life for them both. But, no matter the job, Jovie has found that hospitality and good customer service, much like his grandmother in grained in him, has indeed been the common thread linking all of his jobs and pushing him to go further. A people person at heart, Jovie has always tended to gravitate towards jobs that allow him to interact with people of different cultures and backgrounds. Accordingly, when Jovie came across an online announcement for a Job Fair being sponsored by the Hospitality Training Academy (HTA) at Watts Labor Community Action Committee’s WorkSource Center in Southeast Los Angeles, he raced over to attend in the hopes of being selected for a job opening at one of the new concessions opening up at LAX in the Tom Bradley International Terminal. Jovie’s winning personality and enthusiasm for working in the hospitality/food service sector at the airport quickly landed him an interview with AREAS USA a few weeks later, where he was immediately hired as a Barista for their new restaurant LAMill Coffee. Jovie was then placed in the HTA’s specialized Barista training class being taught by one of Los Angeles Trade Technical College’s (LATTC) leading Chef/Instructors, James M. Lisanti, on campus at the College. The four-day training program, which was provided at no cost to Jovie via a generous grant awarded to the HTA by Westfield to train new employees working at UNITE HERE Local 11 companies at LAX Airport, such as AREAS USA,. The class included ServSafe Food Handler’s training and certification by HTA, key customer service training provided by Los Angeles Valley College, and in-depth/hands-on instruction on the history, techniques, and systems need to be a barista provided by Chef Lisanti. Jovie is greatly looking forward to his new job at LAMill Coffee and is grateful to be a part of the training program being offered by HTA and LATTC. In fact, he says that, “I have learned more in my four days of training at LATTC about the history, background, knowledge and techniques of of serving coffee than I did while working at Starbucks.” Jovie acknowledges that hospitality plays an important role in his life and will touch all he does. With this in mind, he is eager to start his new job at LAX and to begin putting his new skills to use as he provides the utmost in service to the many travelers coming in an out of LAX every day.