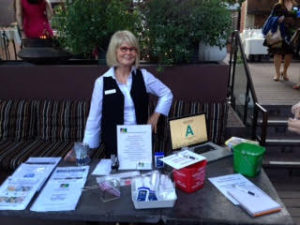 Mary FitzGerald is a recognized food safety resource and began her career by earning her certification as a Registered Dietician after graduating from Immaculata College in Philadelphia. Mary joined a San Francisco based, rapidly growing upscale restaurant company as a culinary trainer for new restaurant openings, progressing through the ranks to General Manager of the two largest restaurants in New York City. Moving to Los Angeles in 1990 with her husband and son, Mary returned to the food and beverage industry to oversee special events at several prestigious restaurants and hotels. During an extended assignment in New York in 2009, Mary became a Certified Food Safety Inspector for EcoSure, one of the largest global food safety companies in the world where she inspected restaurants, hotels, airport food service kitchens, public schools and universities. Upon her return to Los Angeles in 2012, Mary became a ServSafe Certified Management Food Service Trainer/Proctor as well as a TIPS Trainer and created Safe and Sound Food Safety Consultants. Mary currently holds an active role with the Los Angeles County Department of Public Health – Food Safety Advisory Council and is on their Referred Vendors Provider’s List for training food safety certification. Mary inspects food service facilities including restaurants, hotels, schools, airports in New York, Las Vegas, California, and is writing food safety certification programs for restaurants in Peru, Panama and Costa Rica. In addition, she teaches and certifies ServSafe to Managers and foodservice employees and is proud to be associated with HTA.

Chef Mitchell Frieder has over 43 years in the restaurant and hospitality industry, working both front-of house and back-of-house positions. Mitchell worked on the sushi line at Ai, a South Pasadena, classical Japanese restaurant and has consistently opened and managed restaurants that are voted among the best in the world. Mitchell was the Sous Chef of San Francisco’s Mandarin Oriental Hotel and its fine dining restaurant, Silk’s. Downtown Bistro, his restaurant in Lancaster, California was voted by the Los Angeles Times to be the fifth best in the Los Angeles valley region. Mitchell owns and and has operated Max Catering at the Antelope Valley Country Club for more than 17 years, and Mack’s BBQ, both in Palmdale, California, and is co-owner of Le Gourmet Culinary, a cooking school in Orange, California.

Mitchell has been teaching culinary students for over 14 years and was a Chef Instructor at the Art Institute, Le Cordon Bleu, and UCLA Extension, and consults for various businesses including the Shanghai Trade School in Shanghai, China. He has been a food columnist, had a radio cooking show for five years and a television cooking show for ten years.

Mitchell, and his wife, Jennifer, and their four children live in Lancaster with an extended family of pets, large and small. 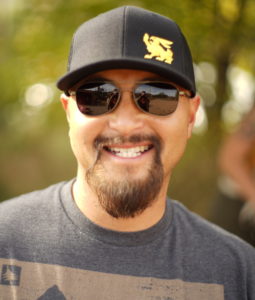 Duc Ta, at the age of 16, was charged as an adult and sent to adult prison. He was driving a car from which gunshots were fired. Although no one was physically injured, he was charged and convicted under gun and gang enhancement laws for attempted murder and sentenced to 35 years to life. Duc was released from prison after serving 15 years. While in prison, he obtained his college degree in Business Management, a Paralegal Certification and was actively involved in a variety of self-help programs.

From 2013 to 2014, he worked with the Amity Foundation as the Prop 36 Coordinator under Stanford University Law School. Duc assisted newly released Three Strikers in finding jobs and housing. Upon leaving Amity, he decided to pursue his culinary dreams and enrolled in LA Kitchen, a culinary program empowering at risk community members and returning veterans. He has worked for numerous celebrity chefs and is currently pursuing his entrepreneurial ambitions.

If he’s not in the kitchen or office, you’ll find him in search for that perfect wave somewhere on the coastline or setting up camp somewhere in the mountains. 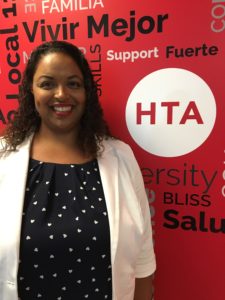 Jennifer Gatlin has been in the hospitality industry for over 25 years, and received her sommelier/wine certification through the W.S.E.T (Wine Spirit Education Trust) and the International Court of Master Sommeliers, while pursuing her Business Management Degree from the University of Phoenix. Jennifer has worked as a trainer, manager, server, ServSafe Liquor Instructor, and bartender in both fine dining and high volume restaurants including The House of Blues, Gladstone’s, Wolfgang Puck Express, and the highly acclaimed Papadakis Taverna.  Additionally, she honed her wine and sales skills as a wine broker for an international boutique wine brokerage house for several years.

Jennifer believes that with the proper training we can begin a “service revolution” here in Los Angeles, meeting and exceeding industry standards and setting the tone for the industry as a whole.

Jennifer enjoys bartending at the Los Angeles International Airport where she was named a Customer Service Hall of Fame recipient. She serves as the Secretary for the San Pedro/ Wilmington NAACP branch, where she is able to give back to her community.  She lives in San Pedro with her husband and two sons. 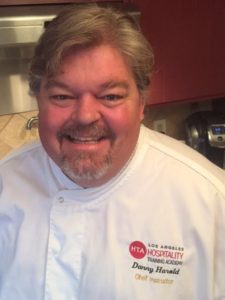 Chef Danny Harold has over 35 years of professional culinary and hospitality experience. Danny earned his Bachelor’s Degree from Johnson and Wales in Providence, Rhode Island, and via a fellowship to the Montreaux Hotel School in Switzerland. From a beach-front Hampton’s resort on Long Island, to Grey Advertising in Manhattan, to the Beverly Hills icon, The Grill on the Alley, Danny grew from Line Cook to Executive Chef, ultimately managing all aspects of the premiere restaurant.

In 2000, Danny founded Harold Catering and was personal chef and private caterer for notable clients including Bruce & Patti Springsteen, Ari and Sarah Emanuel, former CEO of NBC Jeff Zucker, the Royal Danish Consulate, the British Embassy, Hillary Clinton and Barack Obama. Harold Catering has been the first-choice caterer for high-profile companies such as William Morris Endeavor, Warner Brothers Records, Sony Pictures, ABC Television, Manulife Financial and many others. Danny appeared on multiple episodes of “Operation Style”, the USA Network’s “Before and After’noon” and the DIY Network’s Food Specials…and, Danny is prominently featured in the 2014 hit movie ‘Chef’, as the expert hand-double for Carl Casper (Jon Favreau), the writer, director and star of the film.

In 2009, Danny began teaching at the International Culinary School at The Art Institute.  Through 2016, he taught Concepts & Theories, Classical European and American Regional Cuisines.  He is also a Certified ServSafe Instructor, Trainer and Proctor.  Danny is a proud member of the James Beard Foundation, the American Culinary Federation, and the Chefs de Cuisines of Los Angeles. He actively supports Community and Charitable Organizations such as the Juvenile Diabetes Foundation, the Alzheimer’s Association, PATH (People Assisting The Homeless), St. Paul the Apostle Parish and Notre Dame High School. Danny enjoys cooking at home for his wife and three children…..it is simply his passion. 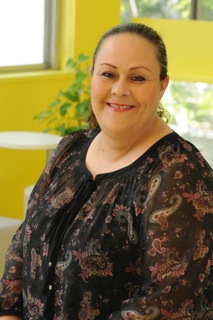 Jacqueline Frias has worked in the Los Angeles hospitality industry for the last twelve years. She was born in Los Angeles and grew up in Guadalajara, Jalisco, Mexico, where she received her Bachelor’s degree in Tourism from the University of Guadalajara.

Jacqueline returned to the United States in 1994, and began working as a custodian, cleaning apartment buildings, and then moved on to food service as a Cashier. In 2004, she started working for the Sheraton Delfina Hotel, now the Le Meridien Delfina Santa Monica, and has held positions ranging the spectrum from Cashier, Room Attendant, Mini-bar Attendant, Barista and her current position, Server Supervisor. Jacqueline serves on the UNITE HERE Local 11 Executive Board and was recently elected to the Santa Monicans for Renters’ Rights (SMRR) Steering Committee.

Jacqueline is an HTA Barista and Room Attendant Instructor and loves to make a difference in people’s lives. She is the proud single mother of three young adults. 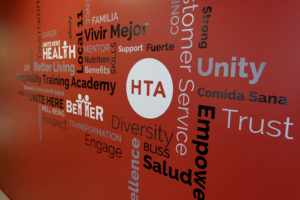 Kathy Tollman is a training consultant with the HTA specializing in all aspects of the hospitality industry, having worked for over 25 years in a variety of hourly restaurant positions as well as a regional training manager, and catering director with corporate and franchise big-chain restaurants. Kathy has been responsible for new restaurant-opening training teams, the Manager-in-Training Program, and has taught ServSafe, TiPS and Responsible Alcohol Service for more than 10 years. Kathy likes to have fun with her students while imparting the necessary tools, skills and knowledge to succeed personally. 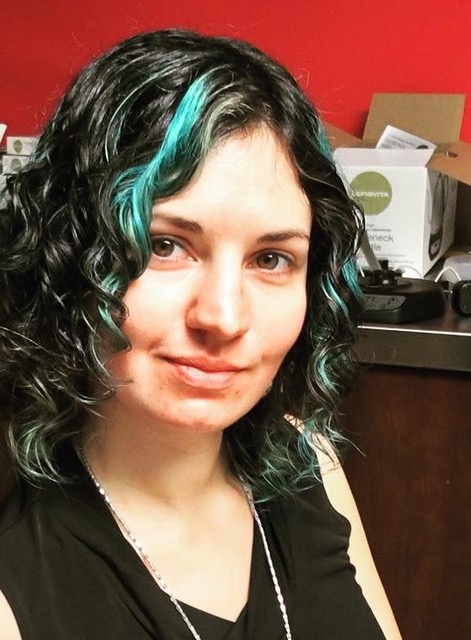 Missy Iwneferi has been in the coffee industry for over 15 years as a barista, manager, consultant, wholesale trainer & sales representative. Missy is licensed through the Specialty Coffee Association as certification trainer and examiner–or Authorized SCA Trainer–and has taught coffee classes and administered certification exams through that organization for 5 years. She has worked extensively with all types of espresso machines and coffee brewing devices and has won several competitions for both coffee mixology and latte art. She is now a Head Judge for the United States Barista Championships for her 6th season of judging, where she presides over judges panels during competitions and helps to train new judges each season. As a member of the Competitions Working Group, she works with other members to discuss rules changes and complete projects to improve training resources for both judges and competitors.

In addition to being passionate about coffee, Missy is is also deeply interested in Sociology and Psychology, and is working toward a Masters in the former and PhD in the latter while remaining immersed in the coffee industry.

Missy loves working with the HTA to teach people new job skills and lives to inspire a passion for coffee in her students. 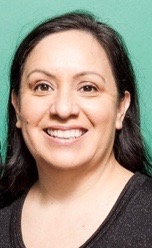 Paula Agras has over 17 years’ experience as a teacher and an administration. She has taught elementary, middle school and adult English as a Second Language students. As well as teaching Paula has also worked in administration roles such as Tutoring Director, ESL Program Director, and Registrar. She has a passion for teaching students to develop the confidence to learn and speak English and have a lifelong learning for education. She earned her Bachelors degree in English from California State Fullerton and her Master’s degree in Education from Ashford University.