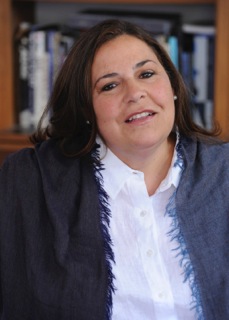 Adine Forman has over 25 years of managerial experience with Los Angeles based social service, workforce development and governmental organizations. She is currently the Executive Director of the Hospitality Training Academy (HTA), a non-profit institution and a labor-management partnership/Taft-Hartley fund that provides benefits to both employers and the UNITE HERE Local 11 labor union, serving Los Angeles, Orange, and San Bernardino Counties and the entire State of Arizona.

The HTA trains and upgrades the skills of UNITE HERE Local 11 hospitality and food service workers, who are predominantly women and people of color, and hail from all corners of the planet. The HTA works not only to upskill existing employees that are represented by the union, but also provides a variety of workforce development, registered apprenticeships, vocational ESL, financial and computer literacy, and training programs that are funded by foundations and government agencies to train low income, marginalized individuals for jobs in the hospitality and food service industry.

Prior to the HTA, Adine spent six years as the Director of Government Affairs & Special Projects at a large non-profit and One Stop, negotiating government contracts and working to secure government funding. Adine also worked for the California State Assembly and two Los Angeles County Departments as a Program Manager, overseeing $40 million dollars in government grants, with a staff of 40. Adine is a lawyer, and has a J.D. from Loyola Law School, and a B.A. in Political Science from the University of Arizona. 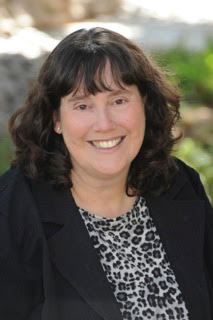 Madeleine Brand has over 17 years experience working in fund development and grant writing, successfully raising capital for Los Angeles-based non-profits from foundations, corporate and government entities alike. Since 2013, she has served as the Program Supervisor for the Hospitality Training Academy (HTA), working with UNITE HERE Local 11 and its employer partners (including hotels, airport concession companies, and other event venues throughout Los Angeles and Orange Counties), to provide training services to new and incumbent union members. Prior to joining the HTA, Madeleine spent six years working in the workforce development sector where she served for as Special Projects Coordinator for Community Career Development and as Grants Manager for Jewish Vocational Services (JVS), growing and sustaining program funding for both organization’s City and County of Los Angeles WorkSource Centers.  Madeleine also worked for KCET, the nation’s largest independent public television station, as the Associate Director of Foundation & Corporate Relations and for the Museum of Contemporary Art (MOCA), in Los Angeles, as a Development Associate prior to be promoted to the position of Grants Officer. While living in New York, Madeleine worked for a political consulting firm, raising funds and organizing special events for a number of U.S. Senators, including U.S. Senator Joseph Lieberman (CT) for whom she helped raise in excess of $2 million dollars over a four year period. Madeleine has a B.A. in Political Science from Vassar College. She moved from New York to California in 1995 and lives in Santa Monica with her  husband and two children. 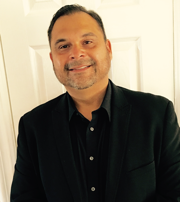 Jorge Galvez has over 22 years of experience in the operations and administration of Employment and Training programs governed under JTPA, WIA, and WIOA. Through his years of experience, Jorge has managed over $100 million in public funds. Prior to the HTA, Jorge spent 22 years working as the Financial Manager for Hub Cities Consortium; one of the largest WorkSource Centers funded by the Los Angeles County Department of Community and Senior Services (CSS), providing employment and training services to over 300 thousand residents in the southeast area, annually. In addition, Jorge was the Chief Financial Officer of the Hub Cities Career Center Corporation, a 501(c)(3) institution, maintaining systems of internal control to safeguard financial assets and managing a combined budget of over five million dollars. Jorge’s areas of expertise include budget management, cost allocation plans, grant management, and policy development and analysis. Jorge was also a committee member of the continuous quality improvement (CQI) and the California Awards Performance for Excellence (CAPE). 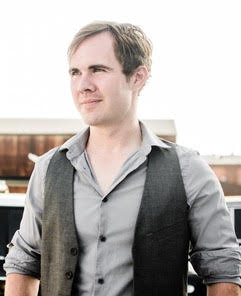 Sean Glynn joins HTA with a background in labor relations and union organizing. He is currently the project manager at the HTA overseeing “Serving Our Community,” a 34-million-dollar program providing safely prepared food to vulnerable communities affected by the COVID-19 pandemic. Prior to his work with HTA, Sean feels honored to have spent 15 years with UNITE HERE, the union for Hotel and Food Service workers, in Las Vegas and Los Angeles as an organizer of customer boycotts, an organizer of workers, and a negotiator of contracts and grievance resolution. Never a dull moment, Sean’s work encompassed everything from leading labor strikes for healthcare benefits to building cost-calculating negotiation tools for regional and national collective bargaining agreements. Sean grew up in the Midwest, where he earned a Bachelor of Arts in History from Grinnell College prior to moving to the West Coast. When he is isn’t working, you are likely to find him still working, gardening, tinkering in his garage, or teaching fitness classes. 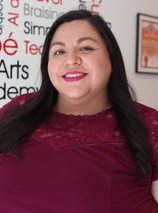 Ariel Hasbun has an extensive 17-year background in hospitality and operations management. Prior to joining HTA she worked as a Senior Operations Manager for Silicon Valley’s top tech companies. Throughout her 5 years in that role she partnered with workforce development programs, non-profits, and reentry programs to fill over 2,500 vacant roles in various San Francisco corporate kitchens. She also worked as a Bakery Training Director in NYC that provided vocational training and job placement for individuals impacted by gender, racial, social, and economic inequality. She has also opened restaurants in NYC, worked as a 2 Michelin Star Pastry Chef in Germany, and is a published recipe tester for numerous cookbooks by The Culinary Institute of America.

Ariel holds a Bachelor’s Degree in Business Management and associate degrees in culinary arts and baking/pastry arts. She was the recipient of the Presidential Award for Educational Achievement and selected as a young ambassador for a fellowship with the U.S. Department of State and German Bundestag. Outside the office you can find her attending concerts, catching musical theatre shows, or exploring the local food scene. 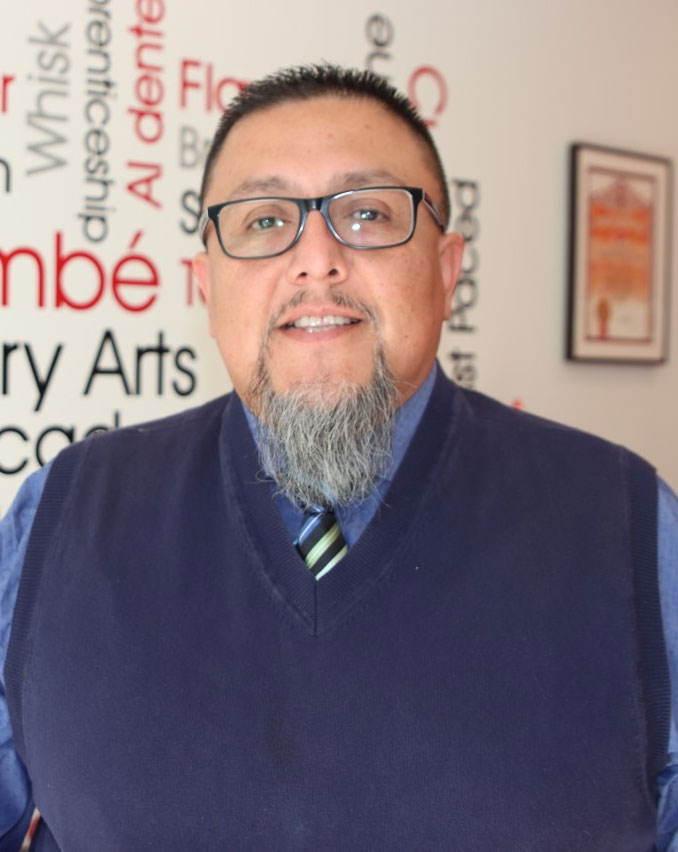 Jaime Cedano brings a lifelong passion for labor rights as well as over 20 years of professional experience to the HTA. A native of Southern California, Jaime has spent the majority of his career working in customer service in the Inland Empire. Most recently, Jaime worked for a Walmart/Sams Club retail store as a Fresh Managing Supervisor, where he helped implement and promote marketing programs and strategies. He also created and facilitated customer service trainings for Walmart/Sams Club staff. This experience along with his knowledge of the labor movement and roots in the community drive his work as a Bilingual Case Manager. Jaime graduated from Arizona State with a Bachelor’s Degree in Business. 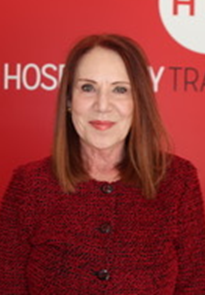 Shelley Wax brings to the HTA an extensive background working in both the public and private sectors. She began her career in the hospitality, entertainment, public relations, real estate, and commercial banking industries in New York and Los Angeles before entering the nonprofit arena. Shelley brings over 15 years of experience designing, implementing, managing, and marketing innovative economic development and community-focused initiatives. As a grant writer and editor, she has played a vital role in securing over $100 million in grant funding to implement a variety of workforce development and educational programs serving youth, adults, and Veterans. Her strengths include public/private partnership and inter-agency collaboration building, resource leveraging, contract negotiation, corporate and community relations, and strategic planning.

Prior to joining the HTA, Shelley served as Special Projects Director for Community Career Development, Inc. (CCD), a nonprofit operator of America’s Job Centers of California, where she oversaw the implementation of federal, state, local government and foundation-funded high-growth sector workforce development and emergency assistance programs. During her tenure at CCD, she also served as a University of Southern California (USC) School of Social Work Preceptor and as Liaison to the Armed Forces Services Corporation/Consumer Financial Protection Bureau. In addition to securing over $90 million in grant funds, she procured subcontractor services and introduced a holistic, multi-disciplinary team approach to case management. Previously, Shelley managed a three-year, First 5 LA-funded family literacy program for the Housing Authority of the City of Los Angeles. As a sole proprietor, she operated Wells Fargo’s Summer Youth Internship Program for nine years, and, as Founder of the Emerald Chariot Foundation, she ran an early childhood literacy program for TRF Head Start preschools in South Los Angeles. Shelley earned her bachelor’s degree from the State University of New York and her MA in Clinical Psychology from Antioch University, Los Angeles. She is a certified Family Court Mediator, a recipient of the 2020 Professional Veteran Shining Star Award, and an Advisor to the Veterans Advocacy Group of America. In her spare time, Shelley enjoys reading, hiking, horseback riding and practicing Aikido. 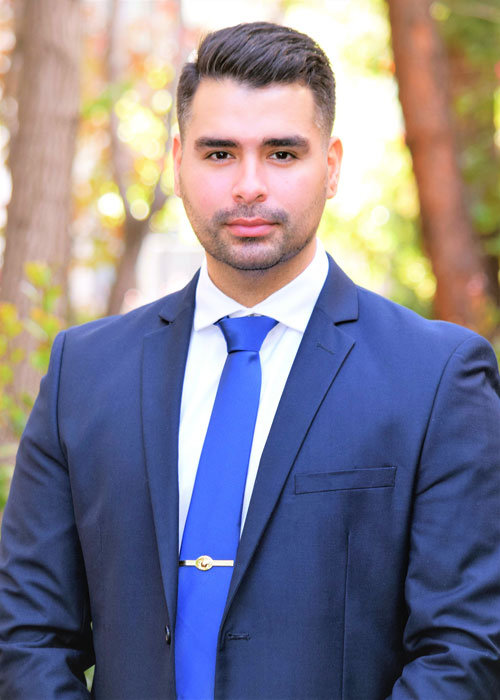 Mario Sibrian joins HTA with an extensive background in military talent acquisition, advocacy and providing Veterans and military families with access to resources. After serving in the United States Marine Corps for six years assigned to the 1st Battalion, 12th Marines, Mario became the Base Commander’s Protocol Non-Commissioned Officer in charge of installation at the Marine Corps Base in Hawaii. Mario earned his BA in Communications with a minor in Ethnic Studies from the University of California, San Diego (UCSD) while serving as Vice President of the Student Veterans Organization (SVO) where he helped pioneer a Veteran Peer Mentor program and developed intern/extern research opportunities for student veterans. Prior to joining the HTA, Mario spent three years recruiting law students for Southwestern Law School, followed by four years working in the economic and workforce development arena developing and strengthening relationships with employers, professional associations, Veteran Service Organizations, and community-based nonprofits serving Veterans and military families. In addition to connecting veterans and military family members to a broad range of resources, he undertook various leadership roles in the implementation of federally funded grant programs, including the Homeless Veteran Reintegration Program (HVRP) and the Veterans Employment-Related Assistance Program (VEAP). He is currently a member of and volunteers for several veteran organizations, and has served as Campaign Assistant on the re-election campaigns for the Mayor and Councilmembers of the City of Hawthorne, CA. Born and raised in Los Angeles, Mario enjoys spending time with his two daughters and/or doing a million hobbies including, but not limited to, playing guitar, snowboarding, mixed martial arts, and intramural sports.