HTA Board of Trustees

Home / About HTA / HTA Board of Trustees

Susan Minato is the Co-President of UNITE HERE Local 11, a union representing more than 20,000 hospitality workers in Southern California.. She is also an International Vice President. Susan is a graduate of UCLA School of Law. She worked at the offices of the LA County Public Defender and the Inner City Law Center, which deals with habitability and safety issues for LA’s Skid Row residents. Later she worked as the staff attorney for the Utility Workers Union of America Local 132, representing The Gas Company workers in Southern California. Although interested in and challenged by the law, Susan was attracted to the power of worker organizing and direct action.She moved to UNITE HERE International Union in 1993 to pursue organizing. She accepted short posts in San Diego, Laughlin, and Las Vegas, Nevada, before moving to Los Angeles. Inspired by UNITE HERE’s leadership development program, she has spent the past 20 years organizing in the hospitality industry and training others to become leaders in a movement for social justice. Susan is a fourth generation Japanese American. Her family, which immigrated to California in 1888, worked as farmers and fishermen in the Los Angeles area and throughout the state before being incarcerated in internment camps in 1943. Susan lives in Northeast Los Angeles with her husband and two sons.

Jamie Clough currently operates for Levy Restaurants as Regional Director of Human Resources for the West Division. Jamie oversees all aspects of Human Resources across a portfolio of over 40 Sports and Entertainment locations spanning from California to Texas. Jamie began his career in Levy UK’ before moving out to Los Angeles in 2013 and has since worked since extensively in the LA market at notable locations such as STAPLES Center and Los Angeles Dodgers. Jamie is a graduate of Loughborough University and is thrilled to serve on the Board of Directors for the Hospitality Training Academy.

Kurt Petersen graduated from the University of Notre Dame in 1987, and received his J.D. from Yale Law School in 1992. Upon graduation from law school, Kurt joined the United Farm Workers of Washington State in Sunnyside, Washington, as an Organizer. Since 1995, Kurt has been with UNITE HERE Local 11, and currently is the Co-President.

Karine Mansoorian is the Chief Negotiator for UNITE HERE Local 11, and works to ensure that its members receive respect and higher standards in the hospitality, tourism, leisure and food service industry. Karine’s work covers all sectors covered by the UNITE HERE Local 11 union, including hotels, gaming, food service, airport concessions, airline catering, office and movie studio cafeterias, and event venues. Karine works to shape policy and programs for the union as employers and trends change. Karine earned a BSc (Bachelor of Science) in Economics from the London School of Economics, and started at Local 11 in 1989 as an organizer. Karine then moved to a negotiator due to her keen ability to understand the workforce and negotiation, and was elevated to Chief Negotiator in 2000.

Rick Spade is currently the Market HR Director for The Ritz-Carlton, Los Angeles, JW Marriott L.A LIVE and The Ritz-Carlton Residences L.A. LIVE. He has been with Marriott International for over 20 years and in addition to Ritz-Carlton and JW he has also worked for the Renaissance and Marriott brand. He is originally from Indiana and a graduate of Purdue University at Fort Wayne. Most of Rick’s 20 plus years with Marriott have been in the Los Angeles, working as an HR leader for a variety of hotels as well as 3 years in an Area HR Leader role.

Francis’ commitment to helping others overcome barriers and break out of poverty was born out of his personal experiences and continues to drive him in his role as a Director for Local 11 and his work on HTA’s Board. Growing up, Francis saw injustice and inequality and witnessed many of those around him struggle due to lack of opportunity. Having been raised in poverty as part of a family of dairy farmers in rural Wisconsin, Francis’ mother instilled in her children the importance of hard work, a fact that would characterize her daily life when she was widowed and left with three young sons to care for. As an adolescent, Francis found inspiration, opportunity and support from the Church, school, and social programs. Discovering that more was possible, Francis earned a scholarship and graduated from Yale University, where he first encountered and joined UNITE HERE. Knowing the value of support and encouragement, Francis has made it his life’s work to help those in poverty build a path to self-sufficiency and family-sustaining wages through union employment in L.A.’s vast hospitality industry.

Beatriz Topete is an organizing director in UNITE HERE Local 11. She started with Local 11 in 1998 on a political campaign to elect Gray Davis. Prior to joining the union, Ms. Topete served in the military from 1985 to 1989 and went on to work with at-risk youth in East Los Angeles.

Since joining UNITE HERE Local 11, Ms.Topete worked on the various organizing campaigns developing worker leaders and help bring 100’s of workers into the union. Subsequently, Ms. Topete went on to work in Orange County, leading the contract fight with Disney and to win district elections in the City of Anaheim. Ms. Topete went on to serve as the staff director for UNITE HERE Local 5 in Hawaii before moving to Phoenix, Arizona in 2019. In Arizona, she led the efforts to bring in over 1000 workers into the union and has been integral to the Hospitality Training Academy’s expansion into Arizona.

Ms Topete believes that an important way to combat homelessness and poverty is to have programs that train workers and places them in good family-sustaining union jobs.

Vivian Rothstein is the former Deputy Director of the Los Angeles Alliance for a New Economy (LAANE) where she supervised policy campaigns to improve workplace standards for Hospitality Workers in Los Angeles. In that capacity, Vivian spearheaded the Hotel Diversity Program with UNITE HERE Local 11 to bring more African Americans into union jobs in the hospitality industry. That effort highlighted the need for a quality job training program for those wanting to enter the industry and have long-term careers.

With a background in community organizing and a commitment to an economy that lifts all boats, Vivian currently serves on the board of Clergy and Laity United for Economic Justice (CLUE), an interfaith organization active in Los Angeles and Orange Counties. 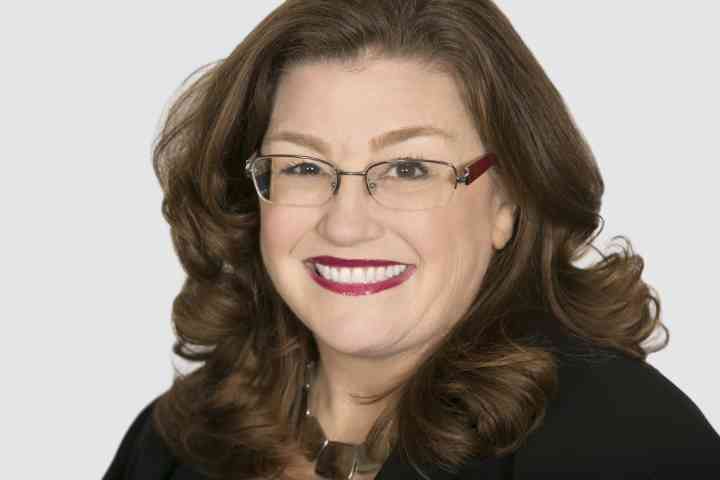 Started career in hospitality in 1986 at the Berkeley Marina Marriott as HR Assistant and moved up to HR Manager when I graduated from Golden Gate.

I then transferred to the SF Marriott Fisherman’s Wharf as the Assistant Human Resource Director to gain union experience. I was later transferred to open the San Diego Marriott Suites. I left the hospitality industry to work as the HR Director and Director of Volunteers for the Mount Zion Health Systems, Institute on Aging /USCF.

Hospitality came knocking again and I left the medical industry after 4 ½ years to join Kimpton Hotel and Restaurant Group as the Corporate Employee Relations Manager. From there I continued my hospitality career working for Wynham and Starwood. I had the opportunity to open many properties during Starwood’s growth period.

In 2000, I opened my own Human Resource consulting firm where I worked with many labor attorneys and their clients to implement HR processes and trainings. I had the opportunity to work with varying industries such as the movie industry and high tech. I also stayed close to my affiliations with hospitality and continued to work with Starwood and Joie de Vive Hospitality. I spent the last 20 years working for The Fairmont San Francisco as the Regional Director of Talent & Culture. I supported 5 properties in California and Washington State. I sit on many hospitality boards and am one of the founding members and board treasurer for the Equality and Inclusion in the Hospitality Industry, a partnership with Local 2, The San Francisco

Hotel Council, and the SF Office of Workforce Development.